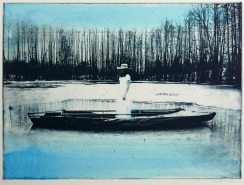 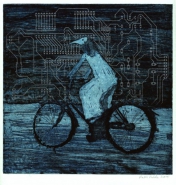 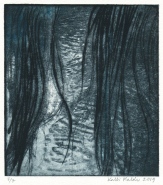 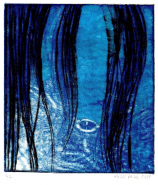 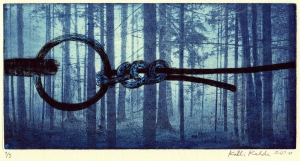 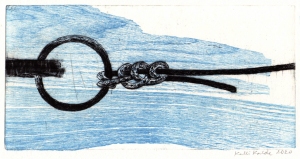 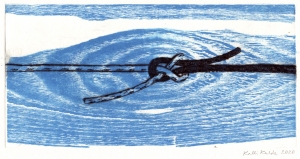 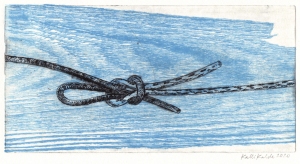 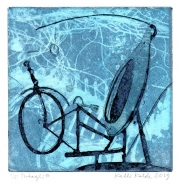 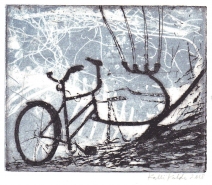 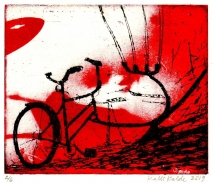 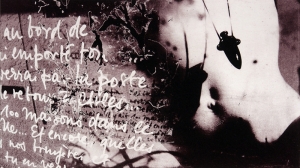 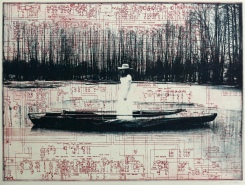 I have been inspired by cosmic literacy – the programming languages that allow us to teach satellites to see and operate. Technical source materials of some pictures came from Estonian Student satellite program: www.estcube.eu/en/
The first Estonian Satellite ESTCube-1 was launched on the 7th of May 2013 to experiment with the solar wind sail.
In my work I have played with the idea of the solar sail and I used the size of satelit standard 10 cm x 10 cm.
Come to think of it all great space discoveries have probably begun with the childhood dream and an airplane folded of paper.
Year after year the communication between people changes to more digital. Emails, communication networks, messages through computers and phones replace face to face conversations, smiles, welcoming and farewell hugs. Every day we are digitally connected with people we have never seen in person. Information, emotions, even expressions of love move as a sequences of numbers from one device to another, one person to another. Electricity switches on-off, black and white, light and dark changes in eternal information flow. Nowadays there is another world beside the visible world – electrical field carrying information. Even seemingly pure and untouched nature and isolated places are filled with electromagnetic waves and information flood. In my pictures I try to visualize information field surrounding us.